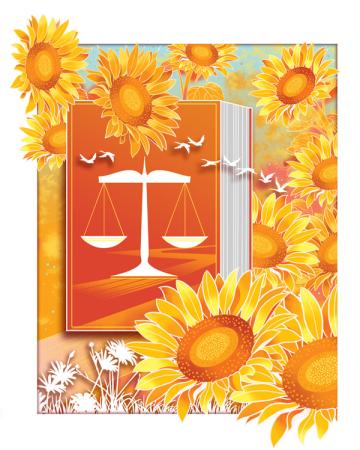 At the beginning of this year, some of my lawyer friends shared a copy of the draft civil code on the messaging app WeChat and it carried this message－"Mark the milestone. A draft with 1,260 articles! Too much to learn".

If everything goes well, the civil code is expected to be adopted on Thursday when the annual session of the National People's Congress, the country's top legislature, closes.

While talking about the draft, Sun Xianzhong, an NPC deputy who participated in the drafting of the code, could not hide his excitement. The 63-year-old national lawmaker said: "I've been hoping China would have its own civil code for decades, and I've spent so much time and energy preparing for it. The day of its birth is just around the corner."

Cheng Xiao, a law professor at Tsinghua University, also participated in the drafting. He told me that having such a code had been the dream of legal professionals for generations. "Being one of the drafters is my great honor, and using my knowledge to promote the legislation will be the crowning achievement of my life."

Both Sun and Cheng said drafting a fundamental civil law had not been easy. Since the founding of the People's Republic of China in 1949, the country has made four previous attempts to legislate a civil code.

In 1954 and 1962, the initiative was grounded for political reasons and also because lawmaking was not a priority at that time. In 1979 and 2001, the less-developed economy, the public's poor awareness of legal matters and disagreements among legislators prevented any progress. "The failures showed drafting such a code relates to a country's social stability, growing economy, improved governance system and enhanced legislative capacity," Cheng said.

Wang Yi, president of the law school at Renmin University of China, said many civil law giants had paved the way for the drawing up of the code. "The current version of our draft has been made by standing on their shoulders," Wang said.

"We should appreciate their efforts in formulating the legislation, and, more importantly, passing on their legal achievements and the spirit of the law," he added.

"Happily, many young law researchers born in the 1970s and 80s joined us and contributed their knowledge when we drafted the six sections."

However, while talking with the civil law experts, a question constantly bothered me: Why do we need a civil code when we have had many civil laws? Under the civil code, many existing civil laws will be abolished.

Sun, an NPC deputy and researcher with the Chinese Academy of Social Sciences, responded with a simple analogy. "Civil laws need to be organized into a system if they want to play a bigger role in protecting people's rights. They cannot be potatoes randomly put in a bag," Sun said. "The better we organize the laws, the more effectively they will work."

With the rapid growth of the economy and society, new problems related to people's work and lives have emerged, such as personal information being leaked and gene editing, which need to be urgently regulated, Sun added.

Given that the code is closely related to everyone's lives and work, lawmakers have widely sought opinions from the public since the drafting began in 2015.

During the NPC session, national legislators have heatedly discussed the draft, and some of their suggestions will be absorbed into the final version.

Holding the draft in my hand, I could not help but think how quickly time flies. March 15, 2017, the day the general provisions, the first chapter of the draft civil code, were adopted at the annual session of the NPC, seems like yesterday.

Since August 2018, the draft containing the six sections has been repeatedly submitted to the NPC Standing Committee for review. After being read three times by the committee, in December last year the six sections were combined with the general provisions to form the full text of the draft civil code.

I've been fortunate as a journalist to cover the adoption of the first part of the draft and follow the review of the six sections. With luck, I may also witness, along with those who helped it come to fruition, the birth of China's first civil code, and record that day for posterity.